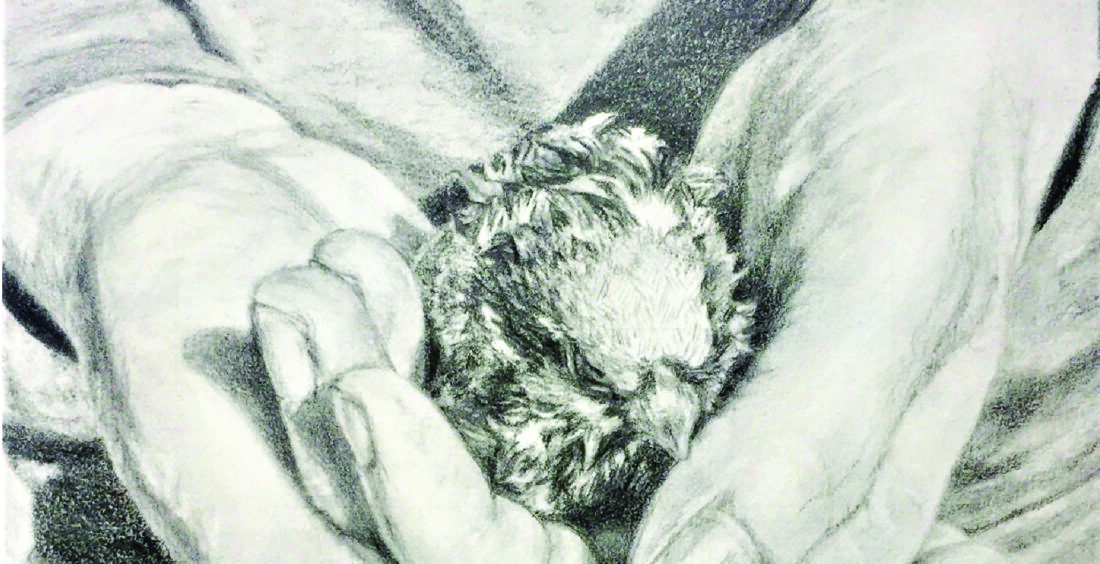 Andrea: To Heal Is Truth & Peace

I had no one to blame but myself. I’d asked my stepfather if I could sleep in a bed in his room while my mother was away. I’d just had a bath and was sitting on his lap. He tried to push my towel up to my thigh, but I wriggled and righted the towel. It was just another game. We had lots of games. I loved the attention, but at the same time, felt sick to my stomach. I knew there was something dangerous happening.

But when I was 10, I told my stepmother, who told my father, and he decided not to tell my mother. I agreed. I was terrified she would blame me, as she already seemed jealous of the attention I received. My fear of my mother should have been an alarm that the damage was severe, but instead, it dovetailed with my father’s wish to forget. Every summer I went back to that underworld, my stepfather’s home, where he made inappropriate jokes, exposed himself during car rides, described sex acts and girls he liked. As sickening as these incidents were, it was his lewd gaze that broke me; it could be delivered in a room full of people, in front of my mother, and it told me he owned me. 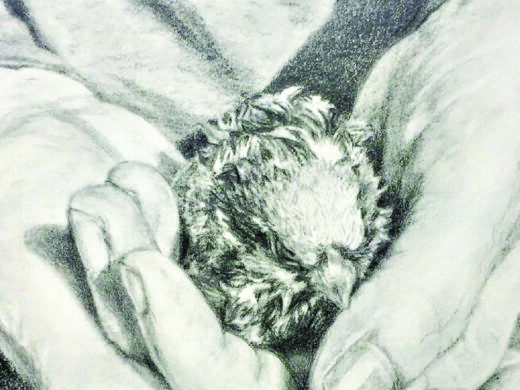 By the time I was a teenager, I was at war with myself, re-enacting the violence of abuse and neglect through bulimia. Bulimia and migraines kept me apart from others, and from my own hopes and dreams. Though I played the part of having it “together” (I was proud of myself for refusing a proposition for sex my stepfather made when I was 11, thinking I had fended off abuse. Only decades later did I realize that the proposition itself was abuse, and only then could I recall my blushing, sweating, shaking body), the real me was dying. The real me was a shameful blot on our otherwise brilliant family, and I wanted her, the real me, gone. I put all my energy into shutting her up.

By the time I was 25, nothing felt real. At times, I’d been so thin, I bruised from sitting. I’d binged on flour once as it was the only thing left to eat in my apartment. I’d thrown up into trash cans and plastic bags if a toilet was not nearby. I’d punched my legs and stomach and throat to try to release the hate that I felt in my hands. I’d had three abortions. I felt guilty for being so weak and for wasting my life. My experience seemed minuscule compared to the few stories of sexual abuse that I’d heard.

I realized I would never heal if I couldn’t tell my mother the truth. I felt worthless but I knew I had to start doing things as if I felt worthy. I wrote a letter, told my mother everything; I explained that I didn’t want to hurt anybody, just needed to connect with her. She reacted as if she had just learned of infidelity. She needed me to console her, which I did. Meanwhile, my stepfather wrote letters to my family describing my nine-year-old self as a sexual adventurer, a “homewrecker.” He pointed out that my family must have known this about me, or they would have intervened. He put words to the fears that had run through my mind and body for all those years.

The letters were like another rape, this time for my family to see; again, there was no outrage, no recognition of the evil I’d been exposed to. My mother stayed with my stepfather and continued to lunch with my father, never mentioning me (I asked my father about these lunches before he died. With regret, he told me I just didn’t come up in conversation). My siblings and parents carried on with their busy lives, while I was left alone with this thing, this ugliness. Me.

But the life force and will to heal is strong, and I persisted. I plunged forward into marriage and children, and in the faces of my children understood the cherishing children deserve. I poured myself into making their lives magical and safe, and to consciously grow their confidence. Still, I battled migraines and depression.
A turning point came when I read an interview with my mother, published in The New York Times, in which she described my stepfather as a heroic figure of her life. For three weeks I was too sick to move. I had long felt inconsequential to my mother, but now she was erasing me.

I decided then that I belonged to a family—my husband and two children–that did not tolerate sexual abuse, and set out to prove to myself that I was trustworthy on this matter. I would press charges against my stepfather. I had to confront my shame (and other people’s) that told me I was being vindictive, destructive, cruel. For so long I’d been telling myself that holding my pain alone had at least helped other family members in important ways and that the greatest good for the greatest number was, after all, the greatest good. Now, I was claiming my right to a full life, taking the burden of abuse, and handing it back to my stepfather. Was I worth it? Was I even capable of a “full life”? How could I knowingly make any other human suffer only to maybe feel better? I answered these questions by imagining one of my children in this situation. That settled it; I knew I had to go ahead with it.
My stepfather was convicted of sexual assault and got two years’ probation. I was satisfied. I hadn’t wanted to punish him, and I felt he was too old to hurt anyone else. What I wanted was to have a written record of the truth, in a context that asserted I had not deserved it. I needed that. And I was no longer enabling a family that hid and therefore supported sexual abuse. But victories for victims still hurt; they just hurt less than silence.

I was estranged from my family for years until my sister Jenny reached out, telling me she had found a place called The Gatehouse and had gone there to help her heal from our family trauma. Until she wrote, I had thought my disappearance was a relief to my siblings. No more holding two realities. No more divided loyalties. In fact, all three of my siblings went to The Gatehouse for healing. My absence had been painful, and their love for me twisted into guilt and confusion.
I was very moved but afraid to get involved. I didn’t trust anyone. I was sure The Gatehouse would ask me to say or do things that my siblings needed to feel better, that I would get lost in their needs.

Then my marriage disintegrated. I was shattered. All the years of mending seemed to evaporate overnight, and I was left with the gaping wounds of childhood.
I was finally ready to see what The Gatehouse was all about.

Words really cannot convey the healing that The Gatehouse makes space for. Until I was in its safe embrace, I’d never properly cried for my losses. I’d made decisions to help myself, but they were mostly decisions from my head, not my heart. Simply by accepting me, The Gatehouse opened my heart. No one there needed me to be stronger, or to downplay my experience, or even explain myself. I felt that I was in the presence of great compassion, a collective strength that had been built by many voices, that could hold my shame and sense of failure with tenderness and faith in me. I learned how to hold my own pain with love. The more I made time for grieving and self-care and connected with others on the path, the more I remembered who I was before the abuse. As a child, I had lived to love people and animals, was easily delighted and wildly creative. Because of The Gatehouse, the natural joy of living has returned to me in ordinary moments of each day, and I no longer live according to my previous best, “this is what a person who feels worthy would do,” but in fact live from my worth, my joy, and love. The Gatehouse is peace.