Inner Child: A Visitor From the Past

HomeInner Child: A Visitor From the Past 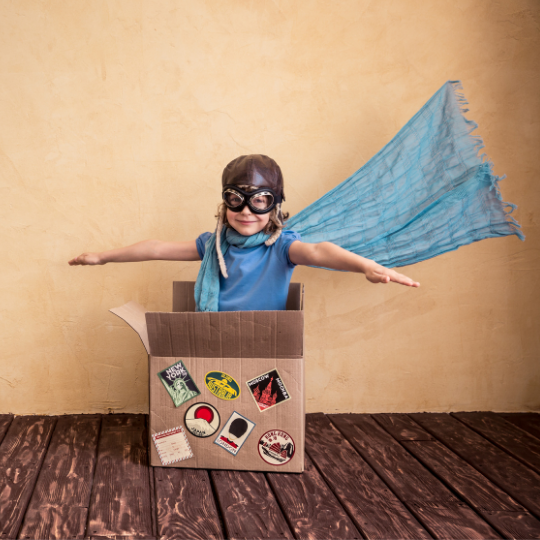 I am a survivor and am taking part in the phase one peer support program at The Gatehouse. Since we began, we’ve discussed topics such as anger, addiction, and triggers. This week: the sixth session, was the first of three sessions that focus entirely on our “Inner Child.” I looked over the entire program when we first received it, but I had forgotten about this part of it, and it caused just a wee bit of anxiety…was I going to be able to connect with her, or would she be evasive like she’s been with some of my memories?

We were asked to bring a photo of ourselves, one that had been taken during our childhood. I wasn’t sure what we were going to do with this photo, but I had no doubt which one I was going to choose; it had been given to me by my mother decades earlier. I never understood why she gave me something that I thought should have been a keepsake for her, but I put it in one of the middle drawers of my dresser, and pretty much forgot about it. When I went to get the photo in question, I realized there were some class photos, as well as a six-inch lock of my hair in the same envelope. I looked through the photos and then held up the lock of hair, remembering that it had been mine.

The tears started rolling down my cheeks because it reminded me of a traumatic incident that happened to me when I was quite young – maybe five? My mother had gotten angry with me for going outside and messing up my hair. It had gotten tangled while I was outside playing and when I whined while she was trying to brush it, she took a pair of scissors and cut off one of my pigtails just above my left ear. I was devastated because I had just started kindergarten and here, I was looking like a little boy with a really bad haircut, instead of a little girl.

I looked at the picture of me at least 10 times in the five days before this week’s group, and the more I looked at it, the more I realized how little I was. I was so young and vulnerable, and I didn’t deserve to be treated like I was less than human. The guilt and shame that I’d been living with for decades, should never have been directed at me – ever.

As I mentioned earlier, I’d already read part of this week’s material, so I was nervous when Monday came, and the group started. I don’t know about you, but I’ve been hiding from my inner child; for decades, and I knew that trying to connect with her might not be easy. Not only that, but survivors also don’t always connect the first time and I was afraid that would be me.

At the start of the meditation, the facilitator that was leading us through it told us to get comfortable, close our eyes and concentrate on the sound of her voice, and what she was saying. If you’ve never meditated before, you might find this difficult in the beginning, but I’ve been meditating for close to two years and I was able to open my mind completely. I listened to the facilitator’s voice gently guiding me towards my inner child:

…breathe in and out, slowly and deep into your belly.

…relax all the way down your back.

…allow your thoughts to become peaceful.

…go to a place where you felt safe as a child.

…when you have something make the image as clear as you can.

…now imagine your child self, coming towards you…

I was getting to my safe place when I heard her say those last seven words, and as I heard them, my breathe caught in my throat. I could see her; me and as she walked towards me, I couldn’t hear the facilitator anymore, all I could hear was myself saying, you’re so small; you’re just a small child.

It was bright; so incredibly bright, almost like the little child walking towards me was an angel and the light was shining out of her. She slowly walked towards me and as she took my hand in hers, I could see that her face was beaming with joy. I asked her what she wanted from me and she told me that she just wanted to walk with me.

There was this bright light all around us, and it felt so good to be walking alongside her. We walked quietly, relishing in each other’s company, and when I asked her if she was tired from walking, she said yes. I then asked her if she wanted me to pick her up, and she nodded her head yes. I reached down and as I lifted her little body into my arms, I was reminded of how tiny she was. She reached up with both hands and stroked my hair before tucking her head under my chin and wrapping her arms around my neck. It felt so comforting to hold her, so I just stood there and rocked with her, telling her how much I loved her. We cried, but they were happy tears because we were so happy that we had finally reunited with one another. When I put her down, she held her hands out to me and when I reached out to see what she was giving to me, she very gently put a frog in my hand; smiled at me and skipped away.

The meditation was so profound, especially the frog because I’ve always loved frogs and I believe it was a way for my inner child to show me that she wants me to get in touch with that little girl and show her how to play and be happy. She also wants me to stop blaming myself because she said that it never had anything to do with me, and it was time I realized that and started living the life I deserve.

Stay safe, stay strong, and make sure you hug your inner child; regularly.  Follow my blog at https://www.davinalytle.com/blog