How to Recognize When A Boundary Has Been Broken

HomeHow to Recognize When A Boundary Has Been Broken 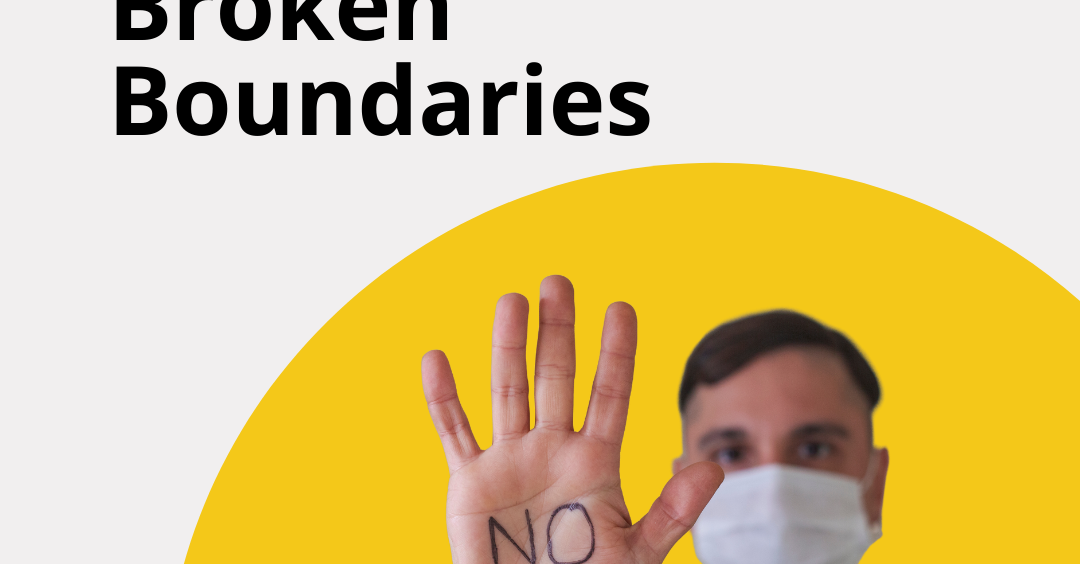 How to Recognize When A Boundary Has Been Broken

Over the developmental years of a child’s life, there are many aspects of socialization they will go through. One developmental skill that is vital for children to learn in these early years of life is boundary setting. Boundaries are limits and rules an individual set for themselves in different areas of their life to protect their own mental health. Some of these areas include personal, professional, physical, emotional, financial, and many others.

A large part of what shapes a child’s perception of what they should accept is influenced by what they see and what they are taught (Registrations, 2013). In a child’s life, when basic needs are met, they are able to grow up feeling safe, therefore having a good understanding of healthy boundaries (Registrations, 2013). However, when children face trauma in their lives such as childhood sexual abuse (CSA), they do not learn how to set healthy boundaries later on in their lives. An example of this would be when a child who is being sexually abused is told: “not tell anyone” or to “keep it a secret”. This causes a child to develop a perception that if someone is causing them pain, to not reach out for help, but rather deal with it on their own. In contrast, a child who has developed healthy boundaries in childhood would learn to respect their wellbeing and communicate if someone or something is harming them.

Boundary setting is a common issue among many survivors of CSA. These issues can stem from childhood socialization and trauma which can result in lasting impacts on an individual’s life. Identifying when boundaries have been broken is one aspect of boundary setting that can be difficult for survivors. Although it is easier to identify when physical boundaries have been crossed (ex. you vocalize that you do not like physical touch but someone keeps putting their hand on your shoulder), identifying when emotional, financial, personal, and professional boundaries are broken may be difficult (Tartakovsky, 2014).

1. When things go wrong in an event, relationship, or situation, you blame yourself.

Although it is important to acknowledge your mistakes in a situation, this point refers to when someone mistreats you, and you take responsibility for it. An example of this is if someone calls you “lazy” when in reality you are dealing with mental health issues, and you think “maybe I am lazy and they wouldn’t say that if I wasn’t” (Tartakovsky, 2014).

Although this is a subtle sign that your boundaries have been broken, it is a very important and common one. An example of this can be if your partner is being verbally abusive and you justify it by saying “it’s okay and I’m going to forgive them because I know they are stressed right now” (Tartakovsky, 2014).

3. You doubt your decisions after someone questions them.

Oftentimes, we decide to share positive news and decisions we make with those closest to us. However, sometimes the reactions of those you choose to share your news with may come with questioning and doubt. Although you believe the decision you made is what is best for you, these doubts may result in you questioning yourself and changing your plans (Tartakovsky, 2014).

Now that we have identified some ways to tell that your boundaries have been broken, it is also important to look at how you can communicate that to others. Using simple phrases is an effective and beneficial way to advocate for your boundaries (Tartakovsky, 2014). Some examples of communicative phrases to use are:

Although boundary formation issues often stem from childhood, being able to identify where and when your boundaries have been broken is a critical step in strengthening them. Despite this being a difficult process for many CSA survivors, it is still very much achievable to set and uphold healthy boundaries.

Next time you find yourself defending negative behaviors, doubting your decisions due to opinions from others, or blaming yourself for another person’s actions, ask yourself: are my boundaries being broken?

Registrations. (2013, August 13). The effect of trauma on boundary development. Heal For Life.   Retrieved October 29, 2021, from  https://healforlife.com.au/the-effect-of-trauma-on-boundary-development/