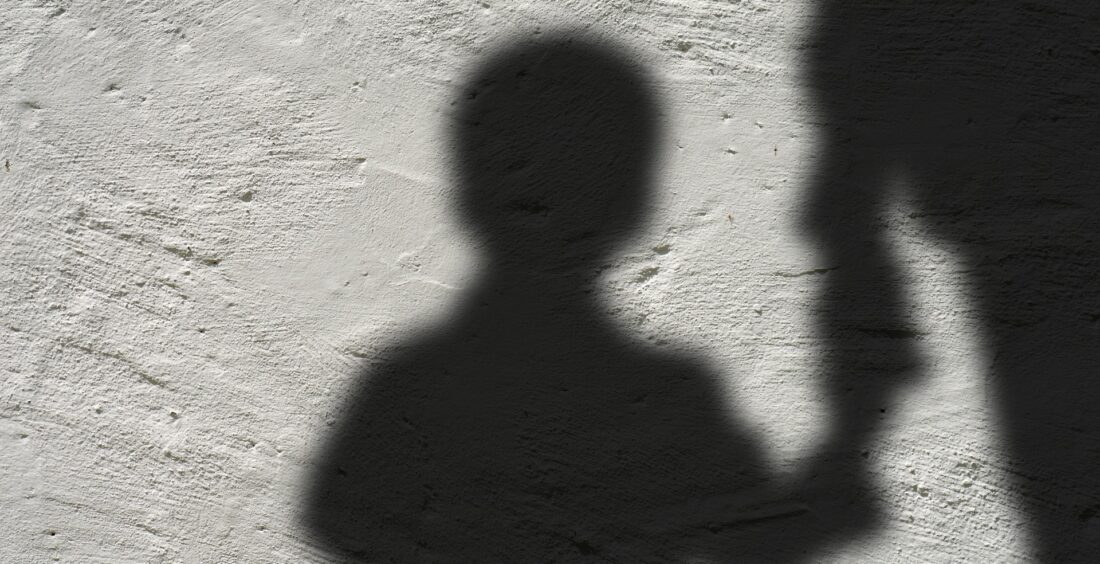 I remember watching a little boy sit in the hall beside his bedroom. He would sit there until the sun came up because monsters don’t like light. In one memory the boy could extend his legs completely without touching the wall on the other side of the hall, in another memory he could almost touch the wall, and in yet another memory his legs were too long to extend completely without hitting the opposite wall.
Most nights the little boy would stay in his room and watch himself from just above the doorway, like a fly, while the sledgehammer men came to visit.

Time takes a time-out while
Soundlessness, not silence
Tenders a darkness
That is no barrier
To the witnessing fly.

On some weekend days there were parties, sometimes with movie cameras. The little boy, not so little anymore, would use tricks to avoid feeling what his, rather, the body felt. He created friends in his head, friends who could play with the sledgehammer men and not feel bad or sad. And friends who could feel bad or sad. And friends who could feel angry, or innocent, or thoughtful, or just watch from an immeasurable distance. Okay, that’s enough, you get the idea.
There is no particular feeling of order to these memories, though logic imposes a crude chronology. Experiencing elapsed time as a largely linear phenomenon is a privilege, you see, because trauma can change your relationship to the order in which bad things happen. As a child I had a painfully simple daily goal: to prevent my soul—my capacity to love—from being pulverized.
I buried my awareness and memories of the rapes in a black box at the bottom of the sea until I was in my thirties, when my first daughter was born.

He has a little secret
Tucked away
Which he dare not glimpse.

A silent ball of hell fire
That burns inside him
Like a jar of angry bumblebees.
No one, not even he, can surpass the bees.

They surfaced like a skin infection emerging as a painful boil and erupted as psychological black puss that continues to ooze and spurt to this day. My life is divided into three phases: abuse, post-abuse repression, and post-repression, and until the last phase I had no awareness of being abused. But the signs were there.
Because this is a short article, I’m going to focus on the trauma symptom most relevant to The Gatehouse: disconnection. Naturally, the (non-)feeling of disconnection affects all areas of my life, but here I want to focus on the role of The Gatehouse in helping me heal. Disconnection—technically, dissociation—allowed me to keep my soul intact while I was being traumatised as a child. But like many early survival techniques, it has outlived its usefulness. It is a knee-jerk reaction to internal and external events that resemble, even remotely, anything associated with the abuse, such as objects, sounds, smells, facial expressions, and aspects of relationships with others.

And I wonder
What is it like to kiss someone
Without looking?

Articulating the experience of disconnection is a bit like describing the flavour of something to someone who has never tasted that thing. This difficulty is compounded by the fact that disconnection is not a feeling, it is a non-feeling, the absence of experience, the absence of flavour. Similar to the feeling of holding someone’s hand while wearing a glove or leaving the dentist with a frozen mouth, I experience the emotional world from a distance as if it is happening on the other side of the subway door.

I watch, as Camera
Because lenses see
But we do not feel.

Dissociation during trauma is Novocain for the soul, and it blocks out painful and pleasurable feelings equally. As an adult, however, it dulls the flavour of intimacy, the fragrance of friendship, and the sensuality of connection generally. The loneliness of trauma survival is as deep as a quarry abandoned, as long as an outstretched ball of string.

I followed that line of string and it ended at the steps to The Gatehouse. I did Phase One and Two, and now I volunteer as a facilitator and a Board member. As individuals, we exist on a variety of levels, from the personas we wear in the world to the softness of our hidden vulnerabilities. When I’m at The Gatehouse, I feel less alone. It’s that simple, and it’s that powerful.

At the end of the Phase One facilitator training with Arthur Lockhart I left before the workshop ended. I went into the hallway and wept more than I had ever cried in my entire life. It was the first time I didn’t feel alone. Being with others who understood intimately and experientially what I have lived with unbuckled me like never before. It felt open, easy, and peaceful because I didn’t have to apologize or explain my silence.

I started this article with a comment about the purpose of dissociation being to save my spirit, which I understand to be the capacity to love others. The French philosopher Michel Foucault said that the purpose of the modern criminal justice system is not to control the body but to regulate the soul. I believe that the sexual abuse of children has a similar aim—to destroy the beauty that exists in the child. Those of us who survived these attempts to destroy our souls come together at The Gatehouse to create an environment where we can heal, grow, and support others in the same process. Though I can’t yet feel love directed toward myself, I easily experience deep and immediate love for those around me, particularly for survivors of childhood sexual abuse. I know what that loneliness feels like, and thanks to The Gatehouse, I also know what its absence feels like.